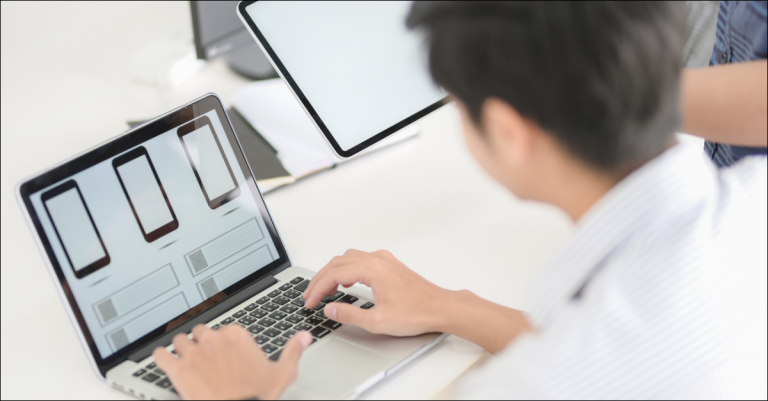 In order to develop effective cross-platform applications, a number of factors need to be considered, and one of them is the approach it is implemented in. While some companies rely on native technologies and use React Native in their development processes, others are increasingly interested in Flutter.

Today, we will examine why that is the case.

What is Flutter, actually?

Flutter is a set of software development tools that are used to develop cross-platform applications on devices with Android and iOS operating systems simultaneously. The technology was developed by Google and is widely considered to be in practice a way to increase speed, quality, and lower cost of the entire project.

The language that Flutter is based on is Dart, which is an object-oriented and statically typed language. Further, Dart has become relatively straightforward to master, since the Dart developers assumed that their goal was to create a similarity with other programming languages rather than to create innovative solutions. Mobile applications written in Dart may appear and behave almost exactly the same on both platforms with performance comparable to native applications.

Knowing Dart allows a developer to take advantage of all Flutter’s features – both the implementation of views and application logic. A widget is an important element of this framework since it is the component from which the application view is built. A widget can be anything, from text to images and anything else. It is possible to nest widgets within other widgets, giving you the ability to compose very complex objects in a relatively short amount of time.

Furthermore, the Flutter ecosystem is already quite advanced and very rapidly developing, despite its relatively short history.

Flutter is, in my view, the best platform for the creation of cross-platform applications since the development is relatively simple and straightforward. Its primary competitor, React Native, is more challenging (but cannot be described as difficult). React Native has undergone a number of changes over the past few years, which complicate its development.

Whenever Flutter is mentioned, its biggest competitor – with regard to cross-platform applications – is React Native. What is a better alternative? React is without a doubt a more mature tool, and its advantage right now is definitely the large community and a large number of libraries that are available. Certainly, both platforms have their advantages and disadvantages, but both guarantee a fast and solid application.

However, there are certain factors that may tilt the scale in favor of Flutter in the future. The Fuchsia operating system has been developed by Google for a few years and uses Flutter as a user interface layer. The rumor already circulating on the web is that this system would eventually replace Android, erasing its greatest defect. Importantly, it would also support all existing Android applications.

Shall you develop a mobile app using only one method, or can you mix them? Check Michal’s take on this one.

Cross-platform applications? Well, it usually depends. Flutter apps are always a bit behind their original counterparts, so if something new urgent comes out for either Android or iOS, it might be that hybrids will have to wait until it is ready for them. In a Flutter framework, like React Native, the module developers have a lot of input. It is beneficial that they are so open-source, and everyone may contribute their own plugin, but on the other hand, it sometimes affects the overall quality of these plugins. There are also many minor mishaps or bugs in Flutter itself, resulting in some UI glitches. If we want to develop a serious application or a larger project, we shouldn’t rely on the hybrid architecture, as there’s always room for error.

Theoretically, simple apps written in Flutter can result in significant financial savings (even up to 30%). How does it actually work? What makes Flutter so powerful (and cost-effective) is that it is based on one, unified code-sharing. All the platforms use the same common code, which is also written in a single language, Dart.

Importantly, this rule applies equally to each part of the application, including the UI. As Flutter relies on one common source code to build cross-platform applications rather than two separate native apps (that would often require hiring more people or allocating more resources), Flutter offers significant cost optimization.

Flutter isn’t much different from native applications in terms of efficiency.

As a result, the pace of project development and the speed of responding to changes is greatly accelerated, allowing programmers to focus on their business logic without fumbling around with the specifics of a particular platform. Since Flutter applications use only one syntax, they have a consistent and transparent implementation, which makes them easier to test and understand.

Since Flutter technology is developed, maintained, and promoted by Google, a global technology player whose products are used by thousands of people worldwide, it inspires trust and is constantly updated, not only by Google itself. Flutter is based on contributions from the community, which is what largely determines its strength and popularity. Consequently, it is extremely dynamic, and it is very important that it incorporates the comments of the community when it is being developed.

It goes without saying that Flutter has a bunch of advantages, but there is no such thing as an ideal technology. The challenges listed below should be considered when determining whether a given project would be better served by native development or still should go with Flutter.

Flutter cross-platform applications you may know

A team of developers at Alibaba Group’s Xianyu created an app with Flutter.

Alibaba already had an existing app. Thus, the first step in the process was to implement Flutter’s features and then add additional functionalities based on the framework.

Over 50 million downloads have resulted in over 10 million daily active users. By choosing Flutter, they were able to save time because the application can easily be created and maintained with a single codebase.

The use of Flutter was not a replacement for native application development, but rather a means of supplementing cross-platform solutions. Alibaba integrates Flutter into their native applications in order to provide the best experience.

Groupon, another example of a company that utilized a pre-made application, chose to integrate the Flutter technology with an existing system rather than entirely re-build it.

Groupon decided to create two types of apps in Flutter, one for customers and one for merchants.

Groupon apps allow merchants to track campaign performance and track customer feedback. They also assist customers with the provision of customer support and enhance their experience.

Philips Hue is a lighting system for smart homes and provides accessories for customers who desire intelligent lighting. Hue Sync and Hue Bluetooth are both apps built with Flutter. Using these controllers, Philips’ clients can set the mood and alter the light’s color and synchronize lamps with their media sets, and quickly and easily control them with their mobile devices.

Philips has been using Flutter since 2018 and found it to be a good fit for their project even though a number of other suitable alternatives were available. Flutter seems to fit their needs perfectly, so they continued using it.

All SpaceX information is accessible through this app, which has a detailed list of both previous and upcoming rocket launches. In addition to that, there’s a catalogue of all the vehicles and more information about rockets, capsules, and ships built by SpaceX over the years.

This application includes a ship locator that allows users to view the status, position and speed of the active SpaceX spaceships. It also provides Tesla location data.

Grab mobile app enables people to order food for delivery to their homes. Flutter has been used to develop Grab’s merchant application for restaurants. This software provides local businesses the opportunity to grow by adding menu items, managing orders, and displaying their earnings. The burgeoning food delivery business has been able to grow even more rapidly as a consequence of that.

Within the BMW Group, the software platform for the My BMW app is referred to as the Mobile 2.0 App Core. Developed in-house, it adopts the very latest technologies and includes a broad data ecosystem. Developed with the open-source Flutter framework and written in the Dart programming language, the My BMW app can be used on iOS and Android devices.

Fun fact: with over 300 developers, the Flutter/Dart team at BMW Group is the second-largest in the world.

The use of Flutter is definitely a viable solution for mobile app development in many business cases.

It is undeniable that Flutter has provided added value and considerable proliferation for the mobile industry. This is without question a significant step towards developing cross-platform applications.

It is not necessary to engage two independent development teams anymore to write two different sets of codes. The result is a reliable product that is developed in a significantly shorter time and for a much lower cost than native methods alone. Accordingly, if your anticipated mobile product meets these criteria, Flutter could be a great option for you.

Although this technology is not without disadvantages and is not suitable for all applications, it has already established itself as a real competitor. From the pace at which these technologies are growing, it is not impossible to expect that it may become a leader in its field in the near future.