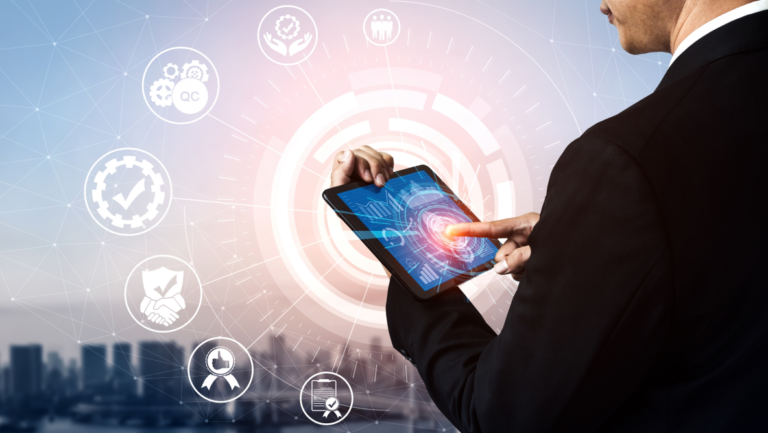 Software testing is a part of the quality assurance process. The mentioned process consists of verifying by software testers all the functionalities implemented by developers work correctly. Based on that, testers provide information on the software quality and detected errors. Such an approach allows to identify errors, detect gaps and deficiencies in the requirements that must be met by the software. Software testing consists of verifying that all the functionalities implemented by developers work correctly. How to automate this process? The right software testing automated tool is the answer. But which one is right for you? Read this article to decide.

Why should you use software testing?

What are the types of software testing?

What are the benefits of software testing?

Although software testing is an activity that requires additional effort and knowledge of specific tools, it brings excellent effects. They should be performed because you need to make sure that the user will be able to use the functionality offered by the mobile application or web software without any problems. Besides, they check whether the system will react correctly after performing specific actions. And what will happen if the user enters incorrect data or does not enter them at all. There are a lot of scenarios that need to be checked. Software tests are also a kind of documentation because each should be described appropriately and informs what it should do and how the application should react to it.

What is automatic software testing?

Automatic software tests of an application are based on programming and using specific scripts. Such type of software testing is much faster and more reliable than manual testing because in less time more errors can be detected. A significant advantage is also the repeatability of tests.

The disadvantage of such testing is the risk that the UX/UI design evaluation won’t be accurate because it isn’t checked by a human but by a computer. The scripts work only as programmed, which can miss apparent errors to an experienced manual tester.

What is Selenium and how it works?

Selenium is an open-source software test automation tool. It is used to automate web browsers. The tool has been in the market for over a decade. It helps development teams provide quality test case automation for any browser using the Selenium WebDriver library.

To use Selenium for software test automation, you need to download the driver for the browser of your choice: GeckoDriver for Firefox, ChromeDriver for Chrome, and so on. Selenium offers QA teams and developers a programming language choice because it is compatible with the most popular languages such as Java, JavaScript, C, C#, Ruby, and Python.

The Selenium WebDriver relies on the JSON wire protocol for test case execution, which can be completed in three simple steps:

This leading test automation solution has served as the backbone of common test frameworks such as WebDriver and Protractor, in addition to testing frameworks like Appium, which is designed for mobile apps testing. It is this element of flexibility that, over the years, has positioned Selenium as a prominent enabler for automation in-browser testing.

What is Cypress and how does it work?

Cypress is a JavaScript framework primarily for an end to end software testing.

The Cypress' idea is gathering all necessary tools like framework, assertion library, wrapper, or additional libraries into one tool.

Selenium WebDriver was created to perform regression testing for web applications. This tool is widely used for front-end testing by quality control teams. The concept of self-testing code by front-end developers is relatively new. This trend was started by the emergence of agile software development methodologies, which cannot be used optimally until frontend developers have the opportunity to test their code.

Today, front-end developers can write their test code along with integration testing and end-to-end functional testing to evaluate the functionality of their front-end projects in real browsers.

Cypress was created for such needs. It was built specifically to meet the software testing needs of front-end developers. It allows them to test the frontend by running it locally. This is the main difference in testing approaches that distinguishes Cypress and Selenium WebDriver. Therefore, they are different tools for different user groups.

Another key difference when comparing Cypress to Selenium is that automated tests in Cypress can only be written using JavaScript while Selenium is an open-source tool and is compatible with many programming languages such as Java, JavaScript, C#, Python, Ruby.

However, we shouldn’t count this argument as a limitation to using Cypress because it is primarily intended for front-end developers. JavaScript is a widely used front-end development language worldwide so the tool can be accessible to a broad user base in the target audience.

On the other hand, Selenium is a comprehensive regression testing tool. It has API configured with various related languages. Its versatility makes Selenium a more suitable choice for QA teams whose work scope is broader and more diverse.

Cypress is not only limited by the programming language but also by the framework we can use. It is Mocha, which is used to write tests. Its role can be compared to JUnit in Java. However, it is not the only testing framework for JavaScript programmers as there are also Jest or Tape but Cypress, unfortunately, excludes those options.

On the other hand, Selenium WebDriver does not impose such restrictions for its users. You don’t even need a test framework when automating tests with Selenium. We can run tests by writing a program that controls the browser.

Cypress is user-centric and assumes that a real back-end most of the time may be redundant for front-end developers, so Cypress can be a faster alternative compared to Selenium because it has a server mocking feature. Developers work with mock XML HTTP requests to the server to speed up the testing process.

The built-in server mocking feature is a more comfortable and more efficient way to perform the same process.

Currently, Cypress is only compatible with Chrome, Firefox, Electron, Edge, and Brave. It does not work with Internet Explorer or Safari. It also lacks multi-tab support and cannot control more than one browser at a time.

Selenium WebDriver has no such limitations and can test applications in Chrome, Internet Explorer, Safari, and mobile browsers.

Cypress and Selenium are designed to automate web browsers. They differ slightly in their purpose, target user base, and architecture. Also, keep in mind that Cypress is a new tool, still developing and improving while Selenium is already an established tool in the field of automated software testing.

Which one to choose depends on specific user needs. For JavaScript developers, Cypress is a great solution. For automating code testing on different browsers, sometimes even simultaneously, Selenium is a better choice.