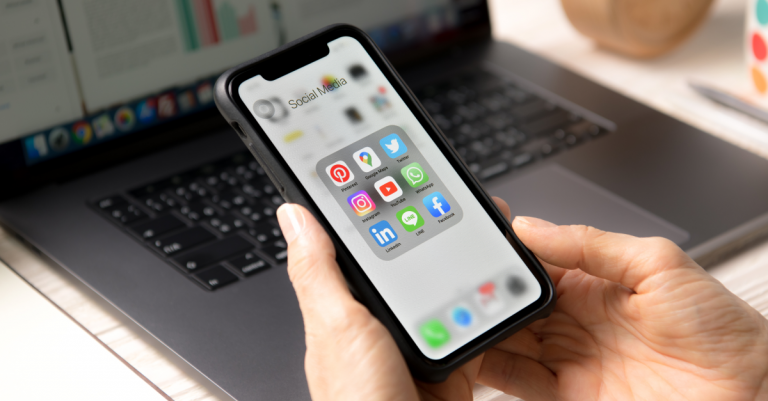 We live in a wired age during which mobile apps have transformed the world, made life easier for everyone, and contributed to the growth of many businesses. As one of the major mobile app marketplaces, the App Store has grown to be an ecosystem that hosts millions of developers and over a billion users. However, it can be challenging to submit a mobile app to the App Store, especially with ever-changing guidelines. Today, our goal is to introduce them to you and explain their role in modern business and mobile app development.

What are Apple Guidelines?

Mobile apps and games in the App Store have been carefully challenged by Apple to be safe, trustworthy, easy to use, and constantly improved in terms of their quality and usability. Apple’s priority is ensuring its customers feel confident downloading new applications. Furthermore, the App Store provides a source of income to developers and app makers.

The guidelines provided by Apple allow developers to create top-notch apps while maintaining performance. Five categories are covered by the guidelines, and all apps on the App Store must comply with them. In addition, they need to protect devices against threats and malware and keep their users’ privacy protected. This last point deserves special attention because privacy and security of users' data have been Apple’s top priority for years now.

Why do they keep changing?

Apple regularly announces changes and additional clarifications to the app evaluation process document prior to its release. New legal and marketing regulations, as well as events in the industry and around the world, force Apple to adjust all processes related to the App Store.

The most crucial business updates in Apple Guidelines (update 7.06.2021)

This June’s updates are intended to support new features in the next OS release, reinforce security, and streamline the approval of apps. On the 7th of June not only were the App Store Review Guidelines updated though, but also the Program License Agreement, Schedules 1, 2, and 3, plus the Apple Developer Agreement.

Below, we’ve highlighted some of the major changes to Apple Guidelines that have affected mobile businesses the most.

Creator apps should share the age rating of the highest age-rated creator content available in the app and communicate to users which content requires additional purchases.

Creator apps are those whose content is not only provided by its developers, but also by its users – the so-called “creators” in this instance.  They create a streamlined experience for customers to interact with a wide range of content from creators. They provide tools and programs for non-developer creators to share, monetize, and author user-created content. Content like this must not alter the core functionality of native applications but instead should complement the content provided by developers. As long as they do not affect guidelines, App Review treats any content – video, audio, games, etc. – as UGC.

For full clarity, creator apps should clearly state the age rating and disclose any additional purchases that may be required. As a result, all data flowing through and produced by apps is more clear, consistent, and transparent.

Anything in a particular mobile app that requires an additional subscription or purchase (features, resources, extra add-ons, etc.) must be communicated right away with all of the information regarding the renewal.

Whether inside or outside the App Store, the use of misleading marketing is grounds to remove an app from the App Store and Apple Developer Program.

In the past, false or misleading advertising in-app or in other apps/places may have led to the rejection of the submission and forced the required changes to be made in order for it to be approved in the App Store.

That has now changed.

A misleading marketing campaign, such as offering a service or content that is not actually offered or setting a false price for the app will result in it being removed from the App Store and your developer account being terminated.

Businesses and developers have been adversely affected by this change since apps can now be removed from the App Store for such behavior (especially if it is repeated). Moreover, businesses can be permanently removed from the Apple Developer Program, preventing them from reapplying with an app and limiting their opportunities to submit others. The result will be that they lose access to a store that makes up 45% of mobile app marketplaces.

How to prevent this? Ensure that your app’s functionality is easily understood by its end-users and conduct an App Review; hidden, dormant, or undocumented features shouldn’t be used in it. Marketing should avoid misleading communication and sharing of false claims.

Creating a trustworthy ecosystem is the focus of the App Store.

Digital gift cards, certificates, vouchers, and coupons that can be redeemed for digital goods or services can only be sold in your app using in-app purchases. Physical gift cards that are sold within an app and then mailed to customers may use payment methods other than in-app purchases.

Updates to Apple’s guidelines bring new rewards for redeeming digital gift cards. From now on, digital gift cards, vouchers, and coupons can be only sold using in-app purchases. Selling them out of an app submitted to the App Store is against the guidelines.

For Apple, the fight isn’t just about transparency and clarity. As they receive a commission fee (between 15 and 30%) from every purchase made through their app, it’s only natural that they want to keep payments within apps. Since digital products can only be sold via in-app purchases, businesses may need to factor in Apple’s commission fees when calculating costs.

To clarify that carrier apps can also include other subscription types, Apple has expanded the guidelines that allow carriers to package music and video subscriptions into pre-defined bundles attached to data plans. That is all fine and valid as long as the carrier allows users to revert to an in-app purchase subscription once the bundled service ends or expires.

Subscription streaming services may offer games including bundled services with applications from third parties. It is necessary, however, for them to be downloaded from the App Store and programmed in such a way as not to generate a double payment from the customer. Those who are not subscribers can not be treated less favorably than subscribers.

By implementing this regulation, the App Store prevents end-users from making duplicate payments that would negatively impact the customer experience.

Apps cannot, within the app, encourage users to use a purchasing method other than an in-app purchase.

Neither developers nor advertisers can use information obtained from within an app to target individual users for purchases outside the app.

While some apps in certain sectors such as reader apps, enterprise services, or standalone apps may use purchase methods other than in-app purchase, their usage cannot be encouraged within the app.

It limits developers' opportunities for cross-selling and up-selling and forces them to process as many transactions as possible through Apple. Just to name a few examples:

There should be features, content, and interfaces in apps that elevate them above repackaging websites. If your app does not meet any of these criteria, it shouldn’t be in the App Store. If your application does not provide lasting enjoyment or enough utilities, it may not be accepted into the App Store.

The user experience is incredibly important to Apple, starting from the moment you navigate into the App Store through the moment you make a purchase to the moment you use the app. They don’t want the experience to be badly affected by the fact that a particular app doesn’t live up to expectations or fulfill the promises it made. As a result, in addition to security factors and technical requirements, utilities and functionality from the user’s perspective should also be considered when developing an app. For mobile apps, businesses need to focus on transparency and a flawless user experience without hesitation, guesswork, or misleading information. An app may be rejected if it is not user-friendly enough.

Additionally, there are a few extra regulations when it comes to accounts:

An app may not store credentials or tokens to social networks of the device and may only use them to directly connect to the social network from the app itself while it is in use.

Mobile apps and social media have a well-known marriage – social media facilitates app growth and is used for social gaming. Apps, however, cannot require users to log in via social media platforms if doing so is not necessary for use. Inviting friends to use the app, downloading basic profile information, or sharing on social networks are not considered core app features.

If your application requires such a log-in, you may be required to prepare it for review or face potential rejection.

#8 Updates to the Developer Code of Conduct

Enhanced developer trust and safety responsibilities have been added to the Developer Code of Conduct.

Manipulating any aspect of the App Store experience such as reviews and charts is not permitted. Additionally, excessive customer complaints may be considered when determining whether a developer is compliant with the Code of Conduct.

Apple places the highest priority on safety and transparency. If an app does not shine brightly with positive reviews, it may be removed from the App Store and its developers may be forced to pay excessive fines as a result. When Apple receives constant reports about an app, it investigates them. In the last couple of months, Apple’s policies have become more strict, and we expect them to only get stricter because Apple is concerned most about quality. Every app itself and any communication, content, or placement should be clear and accurate.

Furthermore, apps cannot purchase positive reviews or force their current users to leave such opinions. There needs to be truthfulness in all information provided by the developers. Both developers and apps can be booted out of the App Store if they do not follow the rules, and restoring offending apps may only be possible with a long written statement that Apple may reject anyway.

In the mobile app world, new niches are constantly being conquered and new solutions are being implemented. Because of this, Apple Guidelines are constantly changing as they adjust to new technologies, realities, and challenges they face. Therefore, this article will be updated once new guidelines are rolled out.

There are many other changes to the App Store besides those we listed here. Our article highlights only a few of the changes, but you can find a more complete list here.